A serious attempt to help us all make sense of all this difficult league table business.

and to research about rankings world-wide. It is an outgrowth of ongoing international efforts by IHEP, UNESCO-European Centre for Higher Education (UNESCO-CEPES), and the International Rankings Expert Group (IREG) to make rankings transparent and applicable for current higher education dialogue and for all engaged in this work to learn from each others experience.

The Ranking Systems Clearinghouse which is part of the rather respectable-looking IHEP certainly seems to have comprehensive coverage of the international tables. Most valuable though are the references (as implied by the title) to a host of articles covering a wide range of rankings-related topics.

Student fees are in the news again. These are the top-up fees paid by British and EU students to take degree courses at British universities, presently capped at £3,225 a year. They&apos;re called “top-ups” because they help to bridge the gap between the public money that goes to universities and the actual cost of degree programmes — which is considerably more. So, should our universities be allowed to raise their fees? The government has announced a review. The lobbies are brushing up their arguments. Everyone has their opinions about the justice or injustice of student fees. As it turns out, fairness and economics are closely connected, but not always in the way that the lobbies think.

He observes that low (or no) fees benefit primarily the middle-classes:

Hundreds of thousands of middle class families know they can benefit to the tune of tens of thousands of pounds from no fees or low fees for their children. In contrast, the gain to society from higher fees will be spread more thinly over millions of citizens, none of whom may feel confident of reaping a personal gain — particularly if they have children that may become students in due course.

It’s going to be an interesting review.

What Do We Want? Lots of Stuff! When Do We Want It? Now!

Following up earlier post on student protest lessons in the UK, the Chronicle has a good story about the modest demands made by students at the University of California.

A series of student protests at the University of California last month centered on repealing a 32-percent increase in tuition. But for some, tuition was just the beginning. As demonstrators at the Santa Cruz campus staged a multiday occupation of an administration building, they issued a 35-point laundry list of demands. Many of those items went far beyond the scope of the tuition increase and, for that matter, the authority of university administrators.

Among the demands: Stop all campus construction, impeach the university system’s president and abolish its governing board, permanently disarm campus police, keep the campus child-care center open, and forgive all student debts.

A reasonable and modest list of requests you would think. And one that it would have been tough to come up with:

“Everybody kind of piled on,” says Don Kingsbury, a Santa Cruz graduate student in politics who acted as a spokesman for the protesters. The four-hour meeting to come up with the demands, he says, was “messy and long and contentious.” However, the democratic process that produced the demands, which were later whittled down to seven items, was inspiring, he says. “We had anarchists working with the College Democrats club, and they were able to somehow come to a list that they could all agree on.”

The biggest news here though should have been that the anarchists were prepared to work with anyone.

The Chronicle notes though that this potentially revolutionary advance was stopped in its tracks: “The protest, like those on other campuses, ended without any significant concessions being granted.” Must have been those Democrats. Splitters.

via What Do We Want? Lots of Stuff! When Do We Want It? Now! – Student Affairs – The Chronicle of Higher Education. 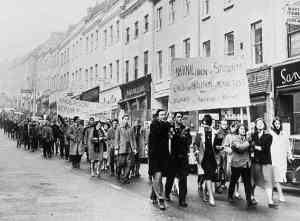 At one time student protest was as much a part of university life as getting drunk on Freshers’ Week. Now a university is giving some of its politics students lessons in how to campaign and take direct action. The Sheffield Hallam students will have to conduct an activism project and campaign on a theme of their choice. Course leader Dr Annabel Kiernan said many students did not have time for protest as they were too busy working to pay off their tuition fee loans. She said this course, a module on the politics BA, was a way of giving the students some experience of how to campaign.

Excellent news. There must be other traditional aspects of university life which students are now just too busy to undertake in their own time and should be factored into curricula. There will, of course, be a compulsory module in essay avoidance displacement activity.

A nice piece this which offers a good overview of international rankings. For example:

Of the various ratings of institutions idealists prefer the approach pioneered in Germany by the Centrum für Hochschulentwicklung or Centre for Higher Education Development – CHE. In 1998 the centre launched a well designed web tool of the its university ranking. This is directed to students, allowing them to enter their preferences such as a law course with high teaching evaluations in a university with a strong sports programme. The tool shows all the programmes that meet the parameters entered by the inquirer, with each rated in the top, middle or bottom group on each of the criteria chosen.

Also covers SJTU, THE and the wonderful and bizarre table from the École des Mines de Paris, covered in a previous post.

Students have to take exercise in order to graduate

Students at Lincoln University in Pennsylvania are upset about a school rule requiring overweight students to take an exercise course in order to graduate. The rule applies to students with a body mass index above 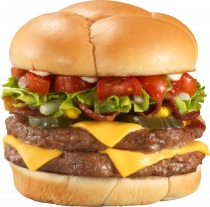 30. James DeBoy, chair of the Department of Health, Physical Education and Recreation at Lincoln University, says the school officials believe that its their responsibility to alert students to the dangers of obesity.

So, is it discrimination? Nanny state-ism gone mad? Or benign concern for student health and well-being?

The story also appears in the Guardian, which reports that:

The course includes walking, cycling, aerobics and lessons in healthy diet. Students who fail to take it will not graduate, no matter how good their academic performance has been.

and also notes that, somewhat paradoxically:

Despite having introduced its controversial policy, it still allows KFC and the Grill to operate inside the campus, serving up double crunch sandwiches and fried mozzarella sticks to all-too-appreciative students.

The US has a had a good year in terms of international student recruitment:

The number of foreign students attending American colleges hit an all-time high in 2008, capping three consecutive years of vigorous growth, according to new data from the Institute of International Education. Some 671,616 international students attended U.S. institutions in 2008-9, an increase of almost 8 percent from a year earlier. First-time-student enrollments grew even more robustly, by nearly 16 percent. 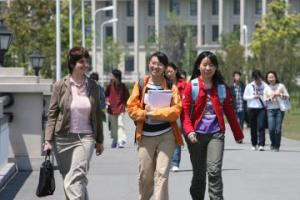 via The Chronicle of Higher Education.

UK remains second to the US in international student recruitment but the competition is clearly getting more and more fierce.