Have posted before about some rather leftfield programmes, including a zombie course at the University of Baltimore and, more recently, a course covering Lady Gaga. Also previously looked here at the launch of an MA in Beatles Studies and the offer of a degree in Northern Studies as well as offering a podcast on “bonkers or niche” degrees. But now, not for the faint-hearted, there is a new MA in horror and transgression at Derby. 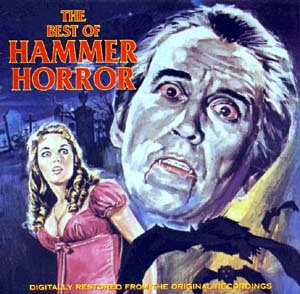 Bit of a shocker?

BBC News reports that students will learn about the history of horror on screen and in books while the transgression part of the course will focus on “films and literature with disturbing and taboo themes”:

Students at the University of Derby are being offered a taste of the dark side with a new degree in horror.

Ghosts, serial killers and vampires will all feature in the university’s new postgraduate MA in horror and transgression.

The one-year course, which is aimed at would-be film-makers and writers, will examine all aspects of the genre.

British horror author and director Clive Barker has given the degree his backing and hopes to take a class.

It’s a novel proposition in an area that does seem under-explored. The university has had pretty widespread media coverage for this. Let’s hope it doesn’t scare away prospective students (sorry).