A new direction for the campus novel?

The Chronicle Reviewc has an excellent article on a new campus novel from Jeffrey Eugenides about leaving campus behind. A five year old post on my other blog includes reference to a couple of articles, including one by David Lodge, on the ‘end of the campus novel’. The core of the argument here was that campuses really just aren’t funny places any more. However, things seem to have moved on and this piece reviews the terrain nicely:

Philip Roth, that swallow who likes to alight on familiar territory, can be credited with at least two recent efforts—The Human Stain (2000) and Indignation (2008). Richard Russo, amid his working-class classics, gave us Straight Man (1997). Tom Wolfe, whose Ph.D. in American studies long ago slipped from sight as he became the champion of hard-nosed showy journalism and the “reported” novel, turned his kids into stringers to help him produce I Am Charlotte Simmons (2004). David Lodge offered a rollicking trilogy, from Changing Places (1975) to Small World (1984) to Nice Work (1988). J.M. Coetzee’s Disgrace (1999), one of his most powerful books, showed that a campus novel won’t cost you the Nobel. Younger novelists, from Jane Smiley with Moo (1995) to Zadie Smith with On Beauty (2005), show no sign of letting the form recede.

And looks at what makes a ‘campus novel’:

Yet the more you think about the “campus novel,” the more you realize how it has outgrown its neighborhood, and is more complicated than it seems. Is it any novel that begins on a campus, or must matters peculiar to campus life—the life of the scholar, the privileged atmosphere of the ivory tower, the excessive focus of its older denizens on tenured security, the hierarchically rigid interaction of lifers and young people—form the heart of the story? If a story just “happens” to take place on campus, is that enough? Do novels about scholars, and novels about students, belong in the same category? 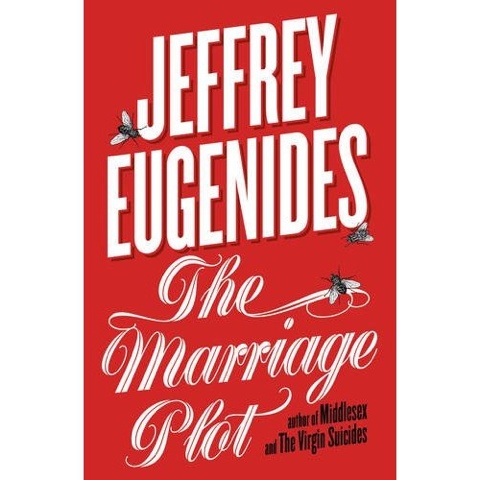 The new Eugenides book, “The Marriage Plot” (Farrar, Straus and Giroux, October), is described here as:

the most entertaining campus novel since Wolfe’s I Am Charlotte Simmons. Entertaining, for sure, but also poignant, insightful, wise, and elegiac.

Sounds great (but still think “I am Charlotte Simmons” is a rather weak effort from the normally brilliant Wolfe) as this quite nicely demonstrates:

“Some people majored in English to prepare for law school. Others became journalists. The smartest guy in the honors program, Adam Vogel, a child of academics, was planning on getting a Ph.D. and becoming an academic himself. That left a large contingent of people majoring in English by default. Because they weren’t left-brained enough for science, because history was too dry, philosophy too difficult, geology too petroleum-oriented, and math too mathematical—because they weren’t musical, artistic, financially motivated, or really all that smart, these people were pursuing university degrees doing something no different from what they’d done in first grade: reading stories. English was what people who didn’t know what to major in majored in.”

Thanks for that Jeffrey. I won’t take it personally. The new novel does sound very good indeed and I certainly do hope that it does serve to breathe new life into the genre. We need it.

3 thoughts on “The reinvention of the campus novel?”