For the 500th Registrarism Post: The Very Best of True Crime on Campus

Following the utterly objective poll to determine the topic for the landmark 500th Registrarism blog post I’ve used my own skill and judgement to select a range of the very best items from several years of True Crime on Campus. Just a reminder to latecomers though, these are real extracts from University of Nottingham Security reports. Whilst these are the amusing ones (to me at least) our excellent and extremely hard-working Security Team has to deal with a large number of difficult and challenging situations which really aren’t funny for anyone involved. It’s vital work, often unrecognised, and key to the effective functioning of the University and good campus life.

So, here it is, the Ultimate Collection or Now That’s What I Call True Crime on Campus:

21:10 It was reported that a group of Students had been seen in fancy dress complete with a baseball bat. Security located the Students in Ancaster Hall bar, Security approached the Student with the baseball bat and advised him it was not an ideal accessory for a night out. Student was told he could collect it in the morning from the Security Office. Student was apologetic and polite throughout.

12.05 Report of a person trapped in a lift in the Medical School. It appears that the lift was being worked on by engineers when a person entered the lift car without the engineers being aware. The Fire Service were called to release the person as he was keen to use the toilet.

0858 Report that a Student had collapsed at Lenton and Wortley Hall – Security attended. The Student was on her feet when Security arrived. The Student stated that she had cut her finger and fainted.

0610 Report of youths throwing stones and exposing themselves on Beeston Lane Security attended and stopped four males one of whom is a Student. Two of the group including the Student admitted to exposing themselves to motorists as they drove past them. A file will be submitted to the Head of Security.

1735 Security received a complaint of a couple in the male toilet adjacent to the Senate Chamber making a film. Security Officers attended and after banging on the door to the toilet a couple came out. They were spoken to by Security Officers they were given advice. The male was told to get dressed. 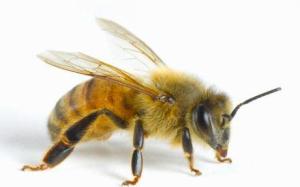 1753 Request from a resident of Abbey House to remove a large bee from under a sheet in their flat. Security attended and the bee was removed.

2315 Report of a drunken Student attempting to enter Lenton and Wortley Hall. Security attended. On arrival the Student was spoken to she was found to have been resident in the Hall last year and was so drunk she had forgotten that she lived in the City this year. A Taxi was arranged to take her to her new address.

22:39 Security Control received a call that there was an umbrella on fire in the Quad at Lenton Hall and the Porter was dealing with it. Security did not attend.

2045 Report of a student with a cut to his face in the Portland Building. Security Officers attended and gave First Aid. The student reported that he had been playing Hide and Seek as part of an event with the Hide and Soc Society when he had banged his face while hiding behind a chair. An accident form will be submitted. 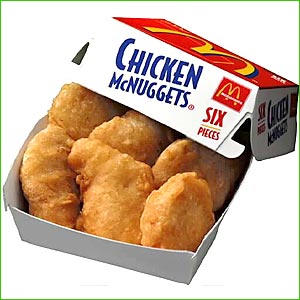 0343 A student contacted the Security Control room for advice on how to treat a black eye. Security attended Ancaster Hall. The student stated that they had been struck in the eye by a flying chicken nugget while in McDonald’s in the City. Security checked the eye and gave advice.

1325 Report of an argument taking place at the Costa Cafe in the Portland Building. On arrival Security Officers were informed that a Customer was complaining that there were worms in a cake they had purchased. Security Officers and the Staff at the Cafe examined the cake and no worms were found. The Customer was provided with a replacement cake.

1450 Security were requested to Highfields Sports Ground where a football team were abusing the referee. Security attended and spoke to a team from Nottingham Trent University – they were told to calm down. 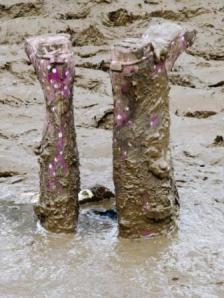 1255 Report of a person trapped in mud in the Lake adjacent to University Park. Security attended and after a search, a female was found stuck in the mud up to her waist. The Fire Service were called out they were able to extract the female from the mud. No explanation was given as to why she was in the mud.

09:30 [note the time] Security asked a group of youths to leave Jubilee Campus as they were drinking brandy. Security removed the bottle and escorted them towards the gate where they were joined by more youths and they were all getting rowdy. Security called for assistance and youths soon left Campus.

1945 Officer observed a male acting suspiciously on Melton Lane adjacent to the new greenhouse development. Officer challenged the male who became abusive and aggressive. Security Officers were asked to attend. The male explained that he was a plane spotter and was using the dark on Melton Lane to get clear footage of the incoming planes. 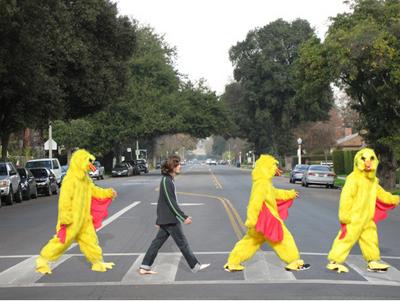 21:45 It was reported that 25 drunk male students dressed as chickens were destroying the bar at Willoughby Hall. On arrival the Willoughby Hall tomb stone had been ripped up and lying in the middle of the road. The Students were outside and heading in the direction of Florence Boot Hall. On arrival the Students were refused entry, after some initial arguing they moved on in the direction of Cut Through Lane. They caused general disruption to the traffic flow stopping cars and the hopper bus. Due to the Students separating it was not possible to take names. They headed towards the Trent Building, Mooch bar were advised not to let them enter. The Students then headed towards the downs and not seen again.

2220 Security were called to Newark Hall to a Student who was unwell. On arrival, Security Officers found a male Student collapsed in the JCR toilets covered in vomit with a head injury and a broken wrist. It would appear that the student was in the act of vomiting when he fell forwards into the toilet bowl. An Ambulance was called and attended and the student was taken to the QMC. The Warden is to be informed.

14:53 Students observed on Golf Buggy driving around Campus. Students advised to remove vehicle from Campus. Security to follow up. 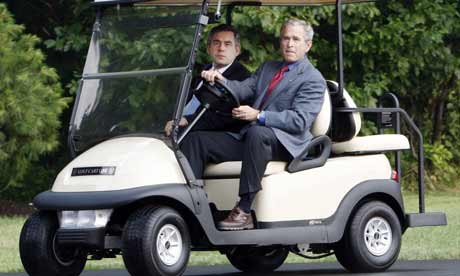 0845 Request for Security to attend an office in Trent Building. A member of staff had a pigeon in his office, which would not leave. Security attended and the pigeon was escorted from the building.

1015 Report of a male talking to a wall at the rear of the Biology Building. Security attended and spoke to the male. The male identified himself as a member of Staff – he stated that he was working through a Mathematical problem and would be returning to his office after his lunch. 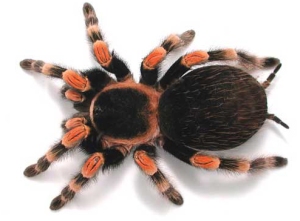 0210 Report of a Tarantula Spider in a room in Southwell Hall. Security attended and were told the Spider had gone under the bed. After a careful search by Security Officers, a small house spider was captured and removed from Campus. The occupant of the room confirmed that the spider was the one they had seen. 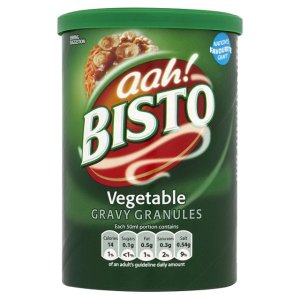 1840 Report of a suspicious package in Nottingham Medical School – Security attended and after checking the package removed it from the building. On examination, the package was found to contain a tin of gravy granules.

23.50 Report of a suspicious vehicle parked at the rear of Cripps Hall with its engine running. Security attended and on approaching the vehicle a male and female emerged from the back seat in a state of undress. They apologized and after getting dressed left campus.

21.15 Report of a group of students with a pig’s head being offensive in a hall of residence. Security stopped the group and removed the head from them. The Warden is to be informed.

2325 Report that a picture had been taken off the wall at Hugh Stewart Hall by a Pirate. The Pirate had gone in the direction of the Mooch Bar. Security attended the Mooch where they found over 40 Pirates none of whom had the picture.

07:20 Whilst patrolling the campus Security Officers observed a man slashing at foliage with a golf club. Security spoke to the gentleman and asked him not to continue. 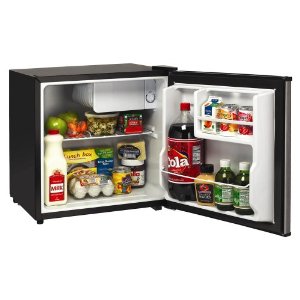 2358 A Student requested the room fridge be removed from his room, as it smelt. Security attended and the fridge was removed. The Student stated the reason it smelt was that he had spilled milk in it. The Student is to contact the Hall Staff.

0128 Patrol Security Officers observed a vehicle being driven dangerously in Newark Hall car park. Officers stopped the vehicle and spoke to the driver who is a Student. Officers also spoke to the owner of the vehicle who is also a Student. The reason given for the dangerous driving was “letting off exam stress” – both Students will be reported to the Head of Security.

1830 Report of a Robin in the Kitchens in Portland Building. Staff requested Pest Control – the Robin was encouraged to leave without the use of Pest Control Staff.

1450 Report of two naked males with an inflatable sex doll outside the Portland Building. Security attended, the area was checked but no one of that description was found.

Hope you enjoyed and I didn’t miss out any of your favourites. Here’s to the next 500 posts.