The Telegraph seems to have a bit of a thing about courses featuring popular music and musicians. Especialy Beyoncé. 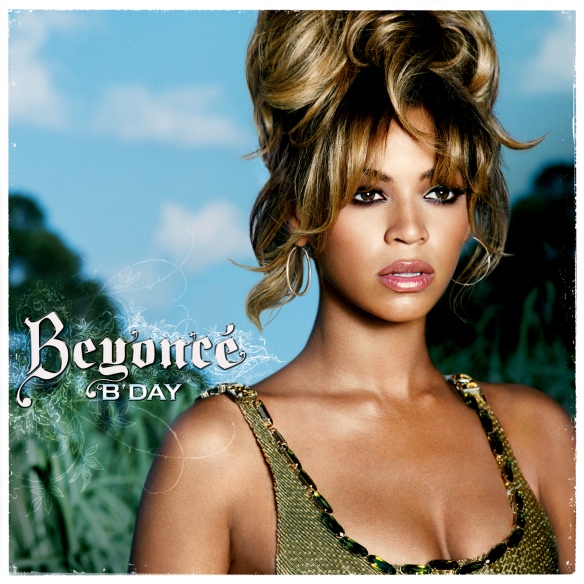 Recently they published this story about Beyoncé and Miley Cyrus studies being offered at US colleges:

It will focus on the growth of the star’s media empire, with an emphasis on her roles as a “black icon” and sex symbol while managing a successful marriage, to rapper Jay-Z, and motherhood.As part of the programme, students will tackle literature by black, feminist writers such as bell hooks and the abolitionist Sojourner Truth.Also this week, Skidmore College, a liberal arts institution in Saratoga Springs, upstate New York, will offer a course on “The Sociology of Miley Cyrus,” focusing on the former child star turned pop temptress.

I posted here about this at the beginning of 2012 and made reference to a number of other seemingly bonkers courses too:

A post last year summarised the latest position in the provision of bonkers degrees and earlier items covered similar ground including a zombie course at the University of Baltimore and a course covering Lady Gaga. Also we previously looked here at the launch of an MA in Beatles Studies and the offer of a degree in Northern Studies as well as offering a podcast on “bonkers or niche” degrees. Most recently there was, shockingly, an MA in horror and transgression at Derby.

Meanwhile, the Telegraph has another piece on Beyoncé studies etc (described as ‘nonsense’ courses) which also includes this one featuring the paranormal:

Who you gonna call?

Coventry University apparently. Psychology lecturer Tony Lawrence set up a Psychology of Exceptional Human Experiences course to teach students how to chase poltergeists, talk to the dead and understand telepathy.

All useful skills indeed, and students have the added bonus of being able to re-watch Ghostbusters films as part of their curriculum.

And, to prove that none of this is actually nonsense, the Telegraph also refers to a Robin Hood themed offering at the University of Nottingham.

Lyrical challenges at the University of Utah

Inside Higher Ed has a diverting piece on the changes being made to the University of Utah’s ‘fight song’ to address some of the lyrical challenges of the original:

The Official Athletic Site of the University of Utah has the original lyrics in full:

VERSE
I am a Utah man, sir, and I live across the green.
Our gang, it is the jolliest that you have ever seen.
Our coeds are the fairest and each one’s a shining star.
Our yell, you hear it ringing through the mountains near and far.

CHORUS
Who am I, sir? A Utah man am I A Utah man, sir, and will be till I die; Ki!Yi!
We’re up to snuff; we never bluff,
We’re game for any fuss,
No other gang of college men
dare meet us in the muss.
So fill your lungs and sing it out and
shout it to the sky,
We’ll fight for dear old Crimson,
for a Utah man am I.

VERSE
And when we prom the avenue, all lined up in a row,
And arm in arm and step in time as down the street we go.
No matter if a freshman green, or in a senior’s gown,
The people all admit we are the warmest gang in town.

VERSE
We may not live forever on this jolly good old sphere,
But while we do we’ll live a life of merriment and cheer,
And when our college days are o’er and night is drawing nigh,
With parting breath we’ll sing that song:
“A Utah Man Am I”.

It’s rather quaint in a way but probably needs to be retired rather than edited in this way. I must admit though to being intrigued by the idea of a university having a ‘fight song’. I can understand football teams having songs (see for example this classic which is in a similar vein to the Utah song) but universities?

Anyway, it seems this kind of thing is not as unusual as I had thought as Mike Ratcliffe (@mike_rat) kindly pointed out with this wonderful extract from the Leeds University Song Book from 1922:

More recently we have the following, a song produced a few years ago about ‘The student learning experience at Nottingham University’. Not a fight song but certainly offensive in parts:

Any other university songs?

We’ve all heard about the bands which formed at college or university: Roxy Music, Editors, Pink Floyd, Everything But The Girl, REM, The Pixies, Talking Heads, Coldplay, London Grammar, Snow Patrol to name but a few.

But now it’s time for a comprehensive listing of the top Higher Education bands who have hitherto escaped recognition. The following bands might possibly have been formed by choosing a name from the wonderful world of Higher Ed. Or possibly not. #HigherEdBands

The Registrars – impossibly cool, utterly essential indie quartet. Hugely under-rated
Charter and Statutes – influential British electronic music production duo
Presidents of UUK – Classic soul four piece, now getting on a bit but still able to fill a big venue. Notably disloyal and capricious following
Richard III – challenging midlands/York combo with extraordinary capacity for self-promotion despite limited output in recent years.
The Thelmas – Alternative indie-pop all female group – won more awards than you can shake a stick at
Borderline First – Not as good as they think they are
Search Committee – Welsh guitar-led group struggling for recognition
Ranking Phil B – legendary toaster and founding member of North East reggae collective, League Tables, has continued to enjoy solo success and many international tour dates
Bloc Grant – sprawling large, chaotic and well-funded dance band. Have been forced to downscale in recent years. Often late
Robbins Report – much-lauded and respected 60s revolutionary rockers – launched many imitators down the years (see The Dearing Enquiry and rather flash-in-the-pan Browne Review)
Cable and Willetts – improbably successful DJ and producer duo who,despite rarely appearing live together have enjoyed some modest critical if not popular success
Extenuating Circumstances – moaning Morrissey clone
Erasmus-Mundus – highly travelled multi-lingual trio – huge in continental Europe but have struggled to break through in the UK
Harper Adams – rural agri-folk duo with small but loyal following
RAB Charge – cockney hardcore thrash metal merchants – their stock keeps rising
Brasenose – posh fey indie groovesters
The Adjuncts – grumpy US grunge merchants
Masters – earlier and cooler incarnation of chart-topping PhD with Jim (no relation to Ian) Diamond and some other bloke on synths
Ab Initio – along with their peers, Early Career, it is a bit soon to tell if they are going to take off
Electives – group of moonlighting Status Quo channelling medics who should really stick to the day job (in all our interests)
Humboldt Model – legendary and hugely influential Kraut rock combo

Those are the ones we are able to catalogue. Sadly no details remain of the following bands:

Do let us know if you know of any more #HigherEdBands we failed to mention.

The University has hosted some impressive acts down the years.

It has been quite a long time since the University of Nottingham hosted really big bands. But the history, mainly from the early 70s before the advent of the Boat Club and Rock City, is surprisingly impressive:

Some gigs took place in the Sports Centre, others in Portland. Some other star performers included:

And some performances resulted in live albums including from 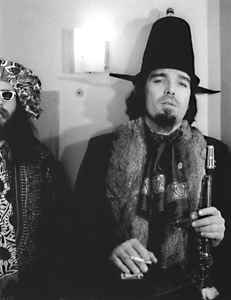 They fitted in pretty well

All the big names 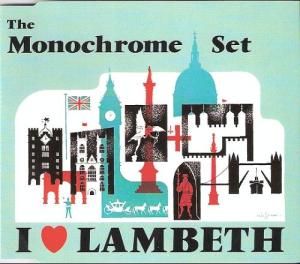 And some even bigger names

Perhaps the biggest gig at the University was the historic first performance by Wings in the Portland Ballroom. Details of this occasion have previously been published on a University of Nottingham blog

Songkick has a pretty good list of gigs too. But fails to mention Gary Glitter’s show.

Are there any that anyone remembers from this list or that aren’t included here? I’m imagining that Strawbs gig was something special.

The Nottingham Post reports on a new degree in heavy metal launched at New College Nottingham:

Performance, recording and promotion will also feature heavily, with students having career options with recording companies, teaching and performance.

“You can study music at Oxford, Cambridge and in cities all over the UK, but here in Nottingham we wanted to offer something special,” said course lecturer Liam Maloy.

“Nottingham’s music industry is becoming stronger each year. Our students aspire to work in metal music marketing, at festivals and as promoters – this course will make that happen for them.”

More than 20 students have already signed up for the course, which launches in September.

In terms of curriculum it seems that there will be a strong focus on the heavy metal canon including Iron Maiden, Metallica and Black Sabbath. Heavy.

Strange degrees have been the focus of a previous post with another summarising the position in the provision of bonkers degrees. Earlier items covered similar ground including a zombie course at the University of Baltimore and a course covering Lady Gaga together with a study of Beyonce. Also we previously looked here at the launch of an MA in Beatles Studies and the offer of a degree in Northern Studies as well as offering a podcast on “bonkers or niche” degrees and an MA in horror and transgression at Derby.

Just confirms there is a course in almost every subject you care to mention.

Or is this a case of academia at the cutting edge of contemporary culture?

The course will examine how exactly Lady Gaga managed to become so famous so quickly. Right now, the pop diva has more then 10 million Facebook fans and 6 million Twitter followers. (And yet again she is one of the year’s most popular Halloween costumes.)

And not before time.

This site does the correlation with music and SAT scores.

Looking at Facebook for University of Nottingham today it seems the following represent our top 10:

Which, in US terms, would definitely mean mid-table obscurity.