A distinctive new approach to the campus novel

Unlikely as it may seem this brief book offers the most exciting representation of a Registrar since Lucky Jim. Set in a real university (York) but with fictional (we hope) characters there is plenty to enjoy here: 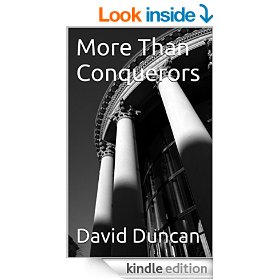 It’s good fun, it’s short and dead cheap and the proceeds go to student causes (I am advised by the author) so why not give it a go? You can buy it via the Kindle Store.

Previous posts on Higher Ed fiction have looked at the end of the campus novel and some flickers in the embers with a few more recent offerings including the Marriage Plot. More recently I also posted on satire in HE which covered, among other things, an unpromising series of British novels which didn’t seem to add greatly to the corpus.

Now Inside Higher Ed has a piece on a professor and a former university president (both in the US) who have both just published new academic novels. The synopses do not inspire confidence. The first, Academic Affairs, seems to hinge on an extraordinary set of circumstances:

As the book opens, Smithfield University graduate student Jim Hagedorn — who identifies as gay, and who is theoretically monogamous with his long-term partner, Kevin — discovers that he has accidentally impregnated his classmate and rival, Sally. Meanwhile, Jim’s thesis adviser, the successful but tormented sociologist Bill Massy, finds himself in the same boat with Smithfield’s provost, Esmeralda Marcos. Marcos has other problems, notably the outrageous request made of her and Smithfield’s president, Roger Turner, by Stanley Egbert, a would-be major donor who is willing to pony up $250 million in exchange if Marcos and Turner will adhere to his conditions. Turner would rather decline the offer, but he’s pressured to accept by Smithfield’s board chair, Peter Hagedorn — Jim’s brother. And that’s just the beginning. (Academic Affairs runs to more than 500 pages, and they’re densely packed.)

The other, Signature Affair, looks like a bit of wish-fulfillment:

Cochran had written a full draft of what would become Signature Affair — the story of Steve Schilling, the charismatic and successful president of Eastern Arkansas University, whose spiraling sex addiction threatens to destroy his marriage and career. Schilling loves his wife, Suzanne, but he can’t seem to stop falling in love with other women as well: an old girlfriend from graduate school; the widow of a major donor; a faculty member; a political contact; even the university’s mailroom supervisor. Indeed, Schilling’s affairs are so numerous that it becomes rather difficult for the reader to keep them straight; Schilling himself manages it only by giving them each a different color of stationary on which to pen him romantic missives, which all five of his paramours are apparently eager to do.

Cochran didn’t set out to write a novel about sex addiction, he said, but as he was in the midst of writing the book, golf superstar Tiger Woods’ now-notorious affairs began to make headlines. As Cochran read news coverage of the scandal, he started to notice parallels between Woods and his protagonist, and he found himself thinking, “This is the guy I wrote about!”

Indeed. It looks like we might have a bit longer to wait for a great new campus novel.

Why aren’t there any good campus novels these days?

Inspired by an article in the Guardian by David Lodge about Pnin by Nabokov I wrote a brief piece some five years ago on “The End of the Campus Novel?“. With the possible exception of Zadie Smith’s On Beauty, have there been any decent campus novels since then? If not, why not? Isn’t the whole post-Browne fees scenario ripe for comic treatment? Or is it just that universities aren’t funny or interesting enough any more?

Some of the classic and/or recent efforts (mainly Lodge):

Porterhouse Blue, Sharpe (but at the Carry on end of the spectrum)

I am Charlotte Simmons, Tom Wolfe

So, where is the next great campus novel going to come from?