According to a recent report on a ranking by the China University Alumni Association, Shanghai’s universities rank second in the country behind Beijing in educating future billionaires:

The ranking analyzed the educational background of nearly 2,500 of China’s billionaire based on five domestic and overseas rich lists between 1999 and 2010. 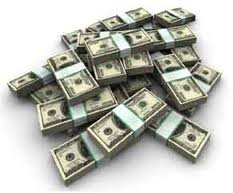 “The report aims to encourage college students to set up their own enterprises and provide guidance to them,” said Zhao Deguo, editor in chief of the association’s website.

Peking University, Tsinghua University and Zhejiang University took the top three spots in the ranking with 79, 70 and 66 billionaire alumni respectively.

Shanghai’s Fudan University was in the fourth place with 46 billionaires. Jiao Tong University and East China Normal University made up the Shanghai top three with 25 and nine billionaires respectively.

It’s a little cruder than the UK’s graduate employment survey but does at least take a long term view. Let’s hope that no-one decides it would be good to include this in the new Key Information Set.

A more detailed commentary on the report appears here.