On the issue of a “level playing field” for universities

For the next, slightly briefer, piece in the Imperfect University series, I thought it might be interesting to pick on a topical issue which nevertheless has wider relevance and also serves to highlight some of the imperfections inherent in higher education. Following the White Paper, Putting students at the heart of the system, published in June 2011, there has been a lot of talk about importance of a “level playing field” for the universities and the expected new for-profit entrants to higher education provision in the UK (or, to be precise, England, given that the other nations in the UK have different, and increasingly divergent, arrangements for higher education and therefore their own playing fields with which to concern themselves).

The demands for a level playing field seem to come from all quarters, with established players insisting that new entrants should be subject to all the same controls and constraints that already apply to them and the for-profit wannabees insisting that they need more of a break given the decades of advantage enjoyed by recipients of public funding. 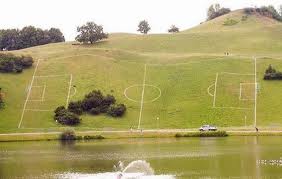 The fact that we are already in the sporting arena for our metaphors is in itself interesting (is this just a game then or is it more serious than that?) but if we set that matter aside and confine ourselves to the consideration of playing fields what can we conclude?

Steve Egan, Deputy Chief Executive at HEFCE, at a recent AHUA (Association of Heads of University Administration) event, was rather dismissive of the idea of a single level playing field, preferring to imagine number of different playing fields. However, it was not clear if these were side by side or one on top of each other or indeed whether they were marked up for the same game or which teams were playing on each.

Pinsent Masons, in a draft response to the BIS technical consultation

(dated 14 October 2011, circulated by email on 18 October) observe that charitable universities and non-charitable for-profits have fundamentally different aims. They are two quite different teams – hens versus foxes is what Pinsents suggest – which means we are unlikely to get either a good match or a fair result.

The paper rightly points out that this is a key issue when considering what we mean by a University:

…the problem with the BIS proposals, as it seems to us, is that alternative providers will be given access to public funds when they have no corresponding obligations in relation to public benefit and the long term interests of the sector.

Our alternative proposal is that in order to access public funds, whether directly through grants or indirectly through access to the student loan system, HE providers must have charitable status.

There are plenty of ways for for-profit providers to compete, with many of the advantages which come from their lack of regulation but, as Pinsent Masons put it:

fundamentally, public money should not be subsidising the private benefit of the owners and shareholders of for profit HEIs.

So, it looks like the playing field is already sloping in favour of the for-profits.

This is a key issue internationally too as we find in The Road to Academic Excellence: The Making of World-Class Research Universities. This recent report from the World Bank makes specific reference to this thorny issue. Examining the very different positions of publicly funded and private universities, the report cites a range of examples from East Asia to Chile:

The case studies, which analyze a number of positive and less favorable governance situations, show that an appropriate regulatory framework, strong and inspiring leadership, and adequate management significantly influence the ability of research universities to prosper. Indian Institutes of Technology, for example, would not have operated as effectively as they do if they had been constrained by the same financial and adminis- trative regulations that all other public tertiary education institutions must adhere to in India. They have also, by and large, been protected from political interference for the selection of vice chancellors and the recruitment of academics.

As private universities, Pohang University of Science and Technology and Monterrey Institute of Technology have enjoyed much more autonomy and flexibility than public universities in Korea and Mexico, respectively. And as just discussed, the Pontifical Catholic University of Chile has certainly benefited from its status as a private institution by enjoying the best of two worlds—the agility and independence of a nonpublic university, while obtaining public subsidies on a regular basis.

The key dimensions of autonomy brought out by the case studies include the ability to mobilize significant additional funding from a variety of nonpublic sources; to provide attractive remuneration packages for top academics; and to boost the international nature of the institution in terms of program content, language of instruction, and focus of the research. (p332)

The playing field therefore looks rather uneven in Chile too.

So perhaps the way to keep the playing field level is with the conditions that attach to public funding. Whilst these often feel excessive to those of us working in universities, there is, nevertheless, a strong argument for at least some accountability for the use of taxpayers’ money (although there does needs to be a balance here too – more of this later in the series). David Willetts, speaking at the HEFCE annual conference on 18 April 2012, argued that there is already a level playing field (no, really) and that therefore we should all stop worrying about the precise legal status of the new entrants to higher education. It is difficult not to be concerned about this though.

Nicola Hart in another Pinsent Masons flyer circulated on 23 March 2012 entitled ‘HE reforms – on or off?’ makes the accountability argument more forcefully:

The HE reforms are going full steam ahead. There is a market. For-profit providers are full competitive players in the sector, and seem pretty content with the current (no bill, no extra regulation, no charity law obligations) state of affairs. With these competitive pressures rapidly increasing, encouraged by government, nobody can afford to be complacent and assume that the sector (or their part of it) will remain unchanged. Universities need to continue to think strategically about how they position themselves in a climate that’s becoming less predictable and where change will be driven by policy, not big set-piece legislation. The for-profit providers have been noticeably effective in their lobbying efforts with government. Universities should also think hard about what they want to achieve and what lobbying they need to do to get policy decisions working in their favour. The main missing ingredient is a coherent system of regulation to match the fundamental changes the sector is going through. The leverage of state funding delivered via HEFCE is about to disappear. For-profit providers are playing on the same field as universities but with different (fewer and less onerous) rules and obligations. We think this is important and something which government will need to square – where there is public funding, in whatever form, there needs to be (at least) appropriate public accountability and regulation.

For the for-profit entrants, they will need to subject themselves to the same requirements as others if they wish to access public funding (as Hart suggests). The alternative is to enjoy the freedom to act which comes without such regulatory constraint. So, not exactly a completely level playing field and indeed the rules are a little different for both teams but there would at least be a chance of a decent match.

And if we change ends at half time then we can at least argue that the unevenness of the ground doesn’t matter (although no doubt there would always be some complaints: “they had the wind behind them in the first half and it’s now changed direction” or “we had the sun in our eyes” etc).

Then all we have to worry about is the referee. Or perhaps finding a new metaphor.

Universities are not like schools, for any number of reasons. One reason, though, will be vital in universities’ coming battle to retain their charitable status: you don’t need to go to university to benefit from university education.

Every time a doctor heals a sick person, an architect designs a building that does not fall down or an artist makes something beautiful, society benefits. Universities make society a better place. And if we all benefit, they should be allowed to keep their charitable status.

Someone should tell the Charity Commission this. It claims that a change in the law aimed at fee paying schools should apply to universities that increase their fees.

UK universities are charities and a recent change in charity law in England and Wales means that in order to qualify as a charity an organisation must demonstrate the public benefit it delivers, rather than operate under a presumption of that benefit.

The Charity Commission has produced guidance which says that organisations will pass the public benefit test if the opportunity for people to benefit is not restricted by an ability to pay and if the organisation does not exclude people in poverty.

Following the changes to fee arrangements and the increase in the cap of up to £9,000 where additional widening participation activities and spend are offered there is a concern that if the Charity Commission Guidance is followed there could be a problem. By charging a fee above £6,000 it is suggested in the article that universities risk preventing poorer students attending and might therefore could lose vital charitable status.

It’s not clear how an increase in the cap would make such a difference to the current position. Especially given that universities wishing to charge more will have to make significant new widening participation commitments and have a new access agreement with the Office for Fair Access. Nevertheless, concern remains.