The Chronicle of Higher Education has a piece on an interesting development at Georgia Tech. The argument here is that we should deploy the skills of the engineer in running our universities in order to properly to address the problems we face:

So what if engineers tackled those problems using their reasoning skills and tested various solutions through simulations? Perhaps then we will truly design a university of the future. 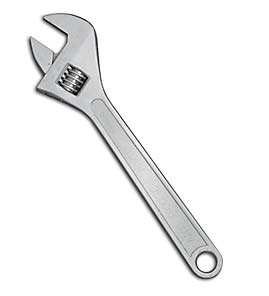 That’s the basic idea behind Georgia Tech’s new Center for 21st Century Universities. The center is officially described as a “living laboratory for fundamental change in higher education,” but its director, Rich DeMillo, describes it in terms we can all understand: higher-education’s version of the Silicon Valley “garage.” DeMillo knows that concept well, having come from Hewlett-Packard, where he was chief technology officer (he’s also a former Georgia Tech dean).

Applying the garage mentality to innovation in higher ed is an intriguing concept, and as DeMillo described it to me over breakfast on Georgia Tech’s Atlanta campus Wednesday, I realized how few college leaders adopt its principles. Take, for example, a university’s strategic plan. Such documents come and go with presidents, and the proposals in every new one are rarely tested in small ways before leaders try to scale them across the campus. After all, presidents have little time to make a mark before moving on to their next job.

The details of the “living laboratory” make it look really rather interesting. However, I’m not sure that the analysis of university strategic planning is entirely valid. Nor that this is a compelling argument for having engineers in charge. After all, it does also rather suggest here that they would rather be in the “garage”.

A Cautionary Tale: “A College Unfriends Its Social-Networking President” 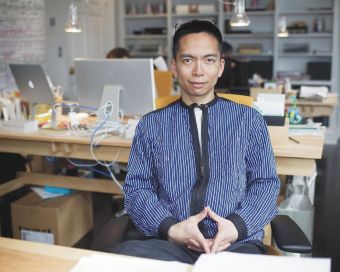 The Chronicle of Higher Education carries a fascinating story about a new breed of institutional leader seeking to engage through twitter. Unfortunately, not everyone at the college seems to be fully bought in:

John Maeda, president of the Rhode Island School of Design, may be the only college president to publicly describe his leadership as “in beta,” a product rolled out before it’s fully tested.

He’s tinkered with using social media to connect with constituents on and off campus. He’s blogged, posted video messages on YouTube, and tweeted more than any other college president. (He has more than 175,000 Twitter followers.)

He even has a new book due out this month, called Redesigning Leadership (MIT Press), relating scenes from his three years at RISD and samples of his tweets. One example: “When people ask if I’ve stopped designing I say, ‘No. I’m designing how to talk about/with/for our #RISD community.'”

But many professors at the art school do not appreciate being part of Mr. Maeda’s high-tech experiment in leadership. In March, more than 80 percent of faculty members voted “no confidence” in his performance. To them, all that tweeting feels more like distraction than engagement.

A cautionary tale perhaps for senior university tweeters. But don’t think anyone in UKHE has as many followers as John Maeda. It must be a bigger college than you’d think.

An honourable business for the President and the frog?

There has been a bit of controversy recently about Barack Obama receiving an Honorary Degree from Notre Dame University and not receiving one from Arizona State.

It’s not entirely clear how many Honorary Degrees the President does have but it certainly isn’t as many as Theodore Hesburgh, formerly President of Notre Dame. He has 150.

According to the Chronicle, Hesburgh is not the only one to achieve such a collection:

His closest competitor for the title of King of Honorary Doctorates is an actual king: Bhumibol Adulyadej of Thailand. In 1997, the king claimed to have 136 honorary degrees, surpassing Father Hesburgh’s total at the time. For his part, Father Hesburgh isn’t particularly impressed with the king. “His degrees are from high schools and dinky little places in Thailand,” says the Roman Catholic priest. He adds, “Thailand is a land of fantasy.” The king of Thailand is, in his own way, a man of genuine accomplishment. He is, after all, the world’s longest-reigning monarch. But sometimes honorary degrees are bestowed upon people whose accomplishments are slightly less stellar. Mike Tyson, Kermit the Frog, and Bruce Willis have all been given honorary degrees. Mike Tyson was a great boxer, Kermit is a hero to millions of kids, and Bruce Willis has been in some action movies — but they’re not exactly Father Hesburgh.

Previously noted here the Italian stance on Honorary Degrees. Perhaps there should be a worldwide cap on numbers or a constraint on awarding Honorary Degrees to muppets? Or better still, just don’t award them at all like LSE, MIT, Cornell and Stanford?