The Impact of Universities on their Regions

I was fortunate to attend this event last week.

Richard Muir of IPPR was first to speak and drew heavily on the recent IPPR report (with a rather dodgy title): “Beyond bricks and mortar boards”. Focusing largely on the local economic impact of universities he suggested that the centralisation of economic development policy and the shutdown of the RDAs would have a real impact on regional growth. He also noted:

Muir concluded by stressing that the IPPR had lots of suggestions for ways in which universities can contribute to local economic development.

David Allen supported much of what Richard Muir had said and quoted a recent comment from Alan Langlands on the contribution of universities to growth and their place in communities. Allen noted that a recent research study had confirmed that international students at Exeter University support over 3,000 jobs in the South West. Moreover the economic impact of the university overall was more than 40 times that of the anticipated benefit of the new John Lewis store in Exeter. Unfortuantely, all the headlines go to the shop.

John Hogan described how his University was ‘hand in glove’ with the city of Newcastle. As an example he cited the huge contribution the University had made to the redevelopment of what is now a hugely popular museum in Newcastle. According to Hogan cities want everything that universities provide. Except possibly the students. In describing the links between a university and city Hogan also referred to Temple Chevallier, the improbably named first Registrar of the University of Durham. He was an extraordinary man as the Wikipedia entry shows: 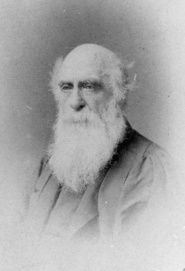 His lectures were published as Of the proofs of the divine power and wisdom derived from the study of astronomy in 1835.

That same year, Chevallier was invited to become Professor of Astronomy at the newly-founded University of Durham. A chair of Mathematics and Astronomy existed at the University of Durham between 1841–1871; Chevallier was the one to hold this post. He also served as Reader in Hebrew 1835-1871, Registrar 1835-1865, and from 1834-1835 also assisted with lectures in Divinity.

He was instrumental in establishing the Durham University Observatory (in 1839), serving as its Director for thirty years, and from which he made important observations of Jupiter’s moons and regular meteorological observations. From 1835 until his death, he also served as perpetual Parish Priest at Esh, just outside Durham, where he founded the village school and restored the church.

He also has a crater on the moon named after him. A great set of contributions.

Tony Rich is in this league. But without the beard, obviously. The speakers were followed by some warm tributes, led by Chris Cobb, to Tony’s huge contributions to higher education and to his work for AUA  and AHUA.

Tributes too to Jonathan Nicholls who ran the London Marathon to raise money in Tony’s name for cancer research at the University of Bristol. All in all a terrific event and a great deal of warmth, affection and respect for Tony’s work in the sector.

(Footnote: there were five of us tweeting at the event (you know who you are) and, bizarrely, we were all clustered together. This newly observed phenomenon has been named after Chris Hallas and #hallaslaw will be tested further at future events.)